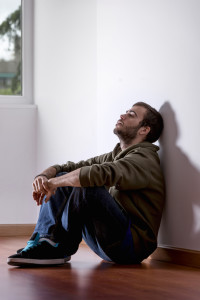 Developing an addiction to heroin is incredibly easy, as it strongly affects the body’s central nervous system. Because of its intensely euphoric effects, continued use can quickly lead to an addiction. According to the CDC, non-hispanic white males aged 18- to 25 years old and people living in large metropolitan areas are at the most risk for heroin addiction. We’ll take an in-depth look at how heroin affects the body, and why it it causes extreme euphoria and addiction.

To understand how heroin really works, let’s begin by exploring where it comes from. Heroin is an illegal drug processed from morphine, a naturally occurring substance extracted from the seed pod of certain varieties of poppy plants. Typically sold as a white or brownish powder, it is often “cut” with powdered milk, quinine, sugars, and starch. This substance can either be snorted or smoked, and sometimes is more appealing to first-timers because it doesn’t involve injection. It can also be found in a sticky, tar-like substance commonly referred to as “black tar” heroin, and is usually dissolved, diluted, and injected into veins, muscle, or underneath the skin. Legal heroin is unavailable in the United States, but in some other countries it is still used as an analgesic, and its clinical name is diamorphine.

When heroin is ingested and reaches the brain, it is converted into morphine, and binds to opioid receptors in the central nervous system. Arousal, blood pressure, respiration, and the perception of pain are all controlled by these affected receptors. When first taken, heroin evokes an extreme sense of well-being, or euphoria, In addition, it causes clouded thinking, dry mouth, flushed skin, a heavy feeling in extremities and then a period of drowsiness. Because the euphoric effect dissipates, people often keep using in attempt to maintain it.

Repeated use of heroin causes change in the function and structure of the brain, which can cause negative, long-term consequences in the body’s chemistry and nervous system. First, users become tolerant to heroin, symptoms of dependence begin to show. They will need to use more heroin to achieve the intensity of its effects. Next, if the user experiences cravings, a loss of control when using, and taking more than planned—they may have an addiction.
If you or someone you know may be struggling with a heroin addiction, there is hope for recovery. Make sure to seek professional help for treatment. LEAD Recovery has a staff of experts who are available to answer any questions, so call today at 800-380-0012.