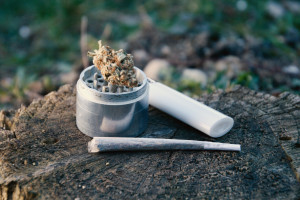 The term “tolerance” in reference to drug use describes an adaptation by the brain to the continued presence of a drug in which higher doses of the drug are required to obtain the effect of the initial dose. It is said marijuana users can develop a tolerance after using over a length of time, and some people simply have a natural inclination to tolerate it better than others. Despite knowing tolerance is possible, it is not fully understood why this happens.

It is important to note that a marijuana tolerance does not necessarily mean the user also has a dependence and/or an addiction. The three conditions are separate from one another, but they can coexist.

Tolerance to marijuana can include psychological and physiological factors, and can depend on a number of factors, including the particular drug, dosage, frequency of use, and person. According to the Diagnostic and Statistical Manual of the American Psychiatric Association, one or both of the following symptoms must be present for someone to be diagnosed with a marijuana tolerance:

Although it varies from person to person, marijuana tolerance generally builds up during a 2-4 week period of frequent, daily use. It has been said people who are diagnosed with anxiety or depression can build a tolerance even quicker.

Tolerance can be lowered, but research has not yet determined whether one can lower it down back to the original amount before marijuana was used on a frequent basis. To successfully lower tolerance to marijuana, try these suggestions:

Addiction can develop over time, when overstimulation of the endocannabinoid system by marijuana use can cause changes in the brain that lead to addiction. This is characterized by the user being unable to stop, despite how it interferes with many aspects of their life.
Dealing with any type of drug abuse can be difficult. If you or someone you know is exhibiting signs of marijuana tolerance, dependence, or addiction, you’re not alone. LEAD Recovery’s team of experts are available to answer any questions, so call today at 800-380-0012.