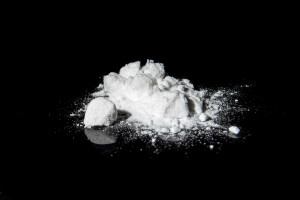 One of the most addictive and powerful drugs of abuse, a considerable amount of tolerance can build even after a single use. It can also be addictive during the first time using, due to the intense, euphoric high caused by the drug. There are symptoms to look out for when determining whether one has built a tolerance to cocaine, and we’ll explore them here.

First, understanding exactly what tolerance means will help us define when someone has become tolerant. It is defined as an attenuation of a drug’s effects, most often following repeated or prolonged exposure. Once someone becomes tolerant to a drug, they need a higher dosage to achieve the original effects of said drug.

With cocaine, tolerance can develop rapidly with continual, heavy use, but this is only considered the “initial” level of tolerance. After this level is reached, many regular users of cocaine experience what’s called a “reverse tolerance,” or “cocaine sensitization,” where the effects of the drug are experienced more intensely. This can be especially dangerous because it can cause respiratory failure, cardiac arrest, or overdose even at very low dosages.

People who become tolerant to cocaine will feel a strong, compulsive need to use more cocaine in order to achieve its euphoric effects. When cocaine is used, it produces the chemical dopamine in the brain, which in turn causes euphoria. As a binge goes on, it takes more and more cocaine to produce less and less dopamine, until there’s none left. Eventually, the user will need to wait several days before enough dopamine exists in their brain in order to get high.

The longevity of a cocaine high will vary on the individual user, as well as the method in which it is used. For example, cocaine can smoked, which produces an intense, quick high that doesn’t last long, whereas snorting it lasts a little longer. Some users may believe they can lower their tolerance to cocaine by slowing down or stopping altogether for a short period of time. This actually can be dangerous, because it can cause overdose. Signs of a cocaine overdose can include:

Dealing with cocaine addiction is hard. LEAD’s staff of recovery professionals who are available to answer any questions, so call today at 800-380-0012.