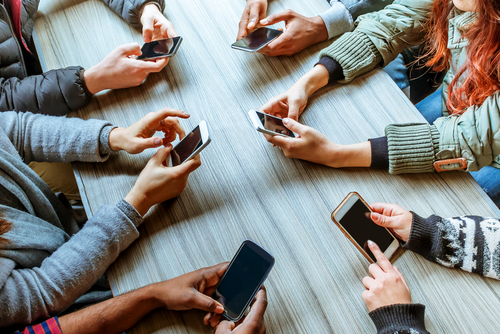 180 students were studied for a New York study on smartphone use. Divided into the six categories listed above, (thoughtful, regular, highly engaged, fanatic, and addict) researchers identified who is more likely to engage with their technology in a harmful way. “Addicts” of technology came in at just 7 percent while 12 percent were “fanatics”. These students experienced difficulty in their lives as a result of their excessive smartphone use including personal problems, problems at work, and problems at school. Across the categories, researchers discovered that women had the highest likelihood to use technology in a fanatic or addicted manner. Many of their reported behaviors classify as criteria for addiction.

Why Are Women Addicted To Their Smartphones?

There is no distinct cause which would encourage women to use their smartphones more than men. However, other research has recently indicated that women might be more genetically disposed toward addictive behaviors. For example, female alcoholics are developing more seriously and at a much younger age than men, closing the gender gap in alcoholism. Females are also more likely to have eating disorders, though the data often doesn’t include unreported male eating disorders.

Technology or smartphone addiction is not listed in the DSM-5 where all diagnosable mental disorders are listed. However, many people experience a debilitating relationship with their technological devices in ways that can range from mild to severe. Signs can include:

Addiction can cause health problems and personal problems, no matter the source. Lead Recovery Center seeks to help clients gain their lives back and learn to live autonomously without relying on external substances. For information on our transitional treatment programs, call us today at 1-800-380-0012.