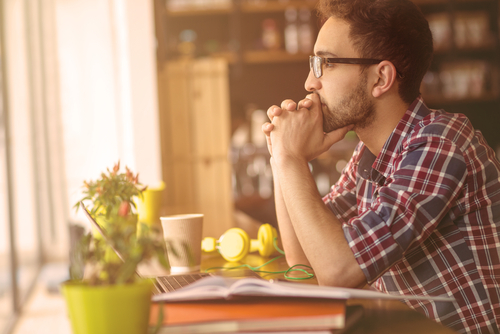 A Love-Hate (Mostly Hate) Relationship With The Mirror

Unable To Leave The House

Leaving the house can mean being seen by other people who might judge, criticize, and comment on their appearance. Since they already think so lowly of their appearances, hearing the harsh words, or compliments, of others is an unbearable thought. Body dysmorphia can become so severe that people don’t leave their homes for weeks at a time, afraid to be seen.

Convinced Your Looks Hurt Other People

In extreme cases, body dysmorphia can lead to self-harm as a result of irrational and violent thoughts. Body dysmorphia can also lead to what is called “plastic surgery addiction” or an impulse to take extreme actions to fix what is “wrong” with their appearance.

Recovering from body dysmorphic disorder is possible. LEAD Recovery Center promotes health, balance, and a love for life through a transitional multi-phase program for those who have completed thirty day residential treatment. Call us today for more information at 1-800-380-0012.