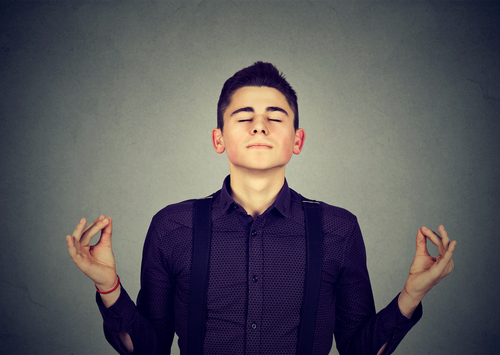 If addicts and alcoholics could control their obsessive impulses to drink and use drugs, they probably wouldn’t have an issue. Scientists are constantly researching the inner workings of the brain to find the specific ways in which impulse control is lost and gained when it comes to drugs and alcohol. According to Medical Daily, researchers in various studies have found that self-control is better enhanced through practicing self-control. However, that practice has to be in an area completely different from what it is you are trying to control.

Temptation is tricky. Humans have fallen victim to it forever, as reported by biblical origin stories in the garden of Eden. Resisting the chemical reaction of cravings in the brain is hard. Some people can resist it better than others. What causes a person to give into temptations, compulsions, and impulses, varies greatly from one individual to the next. Across the board, the research shows that practicing self-control in different areas helps resist temptation. It’s a matter of shifting the perspective. For example, if the only focus of your self-control is in a diet where you have to resist eating sweets, like a chocolate chip cookie, it’s going to be really hard to resist eating that cookie (or a dozen). If you are exercising that self control in other, more manageable ways, like not going to the bar for a week during your diet, you’re more likely to be able to resist that cookie (or dozen).

Self-control and selfishness are inherently bonded. Different studies have suggested that acting on impulse to feed an immediate need (read: instant gratification) is an act of short sightedness for your future self. Even though you now and you in the future are the same person, you’re acting selfishly in spite of that future you. According to the article, “people tend to view their future selves the same as they do a stranger, so hindering the ability to put others’ needs ahead of their own also makes them put their present needs above their own future needs — making them more selfish.”

By practicing self-control in different areas of your life, you increase your chances of applying that skillful willingness where it matters most and for whom it matters most- your present and future self.

LEAD Recovery Center is an extended care program available to men and women seeking to build a life focused on recovery. For more information, call us today at (800) 380-0012.