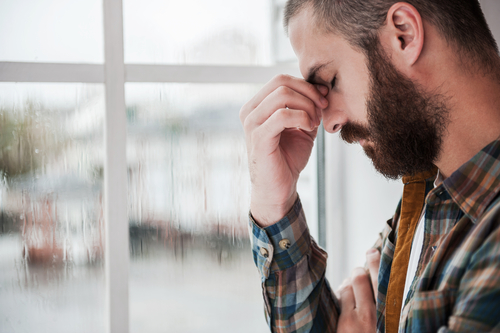 Heroin causes a surplus in the production of a neurotransmitter called dopamine, which produces all of the euphoric and pleasurable effects of heroin. People abuse heroin for a few reasons. First, is the euphoric sensations in the brain caused by getting “high”. Second is the analgesic effects which provide an extreme amount of pain relief and numbness throughout the body. If you notice someone seems to feel too good or talking about how good they feel in a way that doesn’t seem normal, they could be under the influence of a powerful drug like heroin.

“Nodding out” is a term used to describe a state of being under the influence of heroin in which one is neither conscious nor unconscious but floating somewhere in between. In and out of these states, it is common for someone using heroin to seem tired, a sign of having been high recently, always sleeping, a sign of currently being high, or falling asleep during normal occasions like dinner- another sign of currently being high. Heroin is an opioid, which is a central nervous system depressant. Central nervous system depressants slow everything in the body down, creating a sleepy state of relaxation. For heroin users, however, this can be a dangerous state. Overdose happens when someone using heroin is too “asleep” in mind and body to notice their symptoms of overdose or reach for a phone to call for help.

Falling behind on life responsibilities

Heroin use, and any abusive use of any drug, can cause a sudden shift in the ability to fulfill life responsibilities. Not showing up to work, forgetting what is rarely forgotten, not paying bills, neglecting responsibilities, and more are signs of drug use slowly taking priority in someone’s life and changing the way the brain works.

Heroin can be smoked or injected intravenously. Intravenous heroin use is the most dangerous and can cause marks to appear on the skin. In the case of infection, an abscess can occur. Veins quickly give out under the constant push of heroin needles and infections can occur. Thus, heroin users have to find more places to inject, leading to more marks. If you notice a trend of someone wearing unseasonal clothing- like constantly in long pants and long sleeve shirts when they aren’t supposed to be- could be a sign of intravenous drug abuse.

Sneezing and itching with “allergies”

Smoking heroin can lead to black mucus coming out of the nose. Heroin users who smoke as well as inject experience minor symptoms of withdrawal like sneezing, runny nose, and itching. They might claim to have developed allergies and not have an explanation for their chronic hay fever. In addition to their symptoms of “allergies” they also seem to be unwell most of the time.

If you believe a loved one is abusing heroin, there is hope and help is available. Recovery from heroin addiction is possible. Your loved one can learn to live a full life of adventure and leadership, fully thriving in their autonomy. LEAD Recovery Center offers multiphase transitional programs for men and women recovering from heroin addiction. Call us today for information on our adventure based learning and intensive clinical approach: 800-380-0012