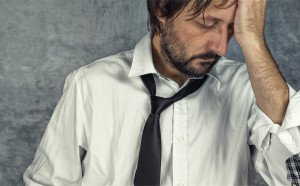 Methamphetamine is a synthetic chemical commonly manufactured in illegal, hidden laboratories, mixing various forms of amphetamine or derivatives with other chemicals to boost its potency. It is incredibly strong and stimulates the portion of the brain which is responsible for pleasure. We’ll explore how the drug affects the body and how long those effects last, as long some other important information about methamphetamine.

Also known as meth, methamphetamine majorly affects the norepinephrine system in the peripheral nervous system, as well as the dopamine system in the central nervous system. Changes in the brain’s dopamine system can cause impaired brain activity in those who use meth, leading to alterations in emotions, feelings of pleasure, motivation, and movement. The drug also changes how serotonin functions in the body, which regulates things like appetite, affection, mood, motor function, body temperature, personality, sleep induction, and sexual activity.

After meth is taken orally, its peak concentrations show up in the bloodstream around three hours later. This varies on the amount of meth used and the user’s history of drug use. Individuals have the potential to develop a tolerance as the body’s response to handling drugs in its system. Whether meth is injected, smoked, snorted, or ingested, it generally is introduced in large doses into the body.

Meth highs sometimes have a prolonged euphoric effect, peaking over time. Addicts seek out this feeling when using, and often binge in order to make the duration last longer. When binging, phases of a meth high usually include:

Feelings of intense euphoria, fast brainstorming, hyper energy, sexual stimulation, being occupied with details, and having dilated pupils will last for about 5 minutes

This can last for up to an hour, and euphoric feelings are a little less intense but remaining effects are the same

Lasting anywhere from 1 to 5 days, users will taken meth in order to maintain euphoria, and can lead to dependence on the drug

The user will feel tired and constantly fall asleep while still experiencing cravings for more. This can last 1 to 3 days.

This is phase in which users begin to feel normal again, but still experience cravings. This can last 2 to 7 days, and withdrawal may set in after this point when the user suddenly experiences intense cravings, a lack of energy, extreme tiredness, and exhaustion.

Dealing with meth addiction is tough, so don’t be afraid to use professional resources for help. LEAD has a staff of recovery experts who are available to answer any questions, so call today at 800-380-0012.