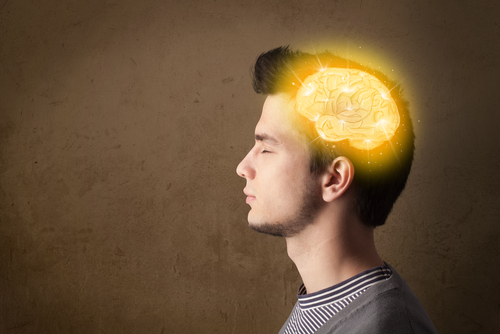 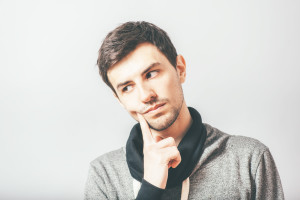 Long before man developed a capacity for logic and reason, his brain developed a dopamine reward system that gave him an intuitive and instinctive capacity to distinguish good from bad. When intuitive man experienced what we now recognize as pleasure, his brain released a dopamine neurotransmitter that attached to certain receptors in his brain to convey that sense of pleasure. This system might have played a critical role in human survival and development. Early man’s dopamine reward system would release these pleasure-causing dopamines when he ate something good or he engaged in procreational activities, thus encouraging him to pursue and continue these activities. Dopamine also enabled early man to learn new activities and motivated him to seek new pleasurable and positive experiences. Logic and reason supplanted intuition and instinct, but man’s dopamine reward system did not disappear.

Drugs and alcohol stimulate modern man’s dopamine reward system in ways that exceed the initial purposes of that system. Certain opiate drugs, for example, cause a dopamine neurotransmitter release that can be ten times greater than other pleasurable sensations, driving man to intuitively and instinctively seek more of those drugs at more frequent intervals. Over time, however, a drug user’s brain and biochemistry develop a tolerance for these drugs and the dopamine release generates less sensations of the pleasure that the drug user seeks. At later stages of drug use and addiction, the drug user’s body and brain crave the drug solely to ward off withdrawal symptoms. The addict’s brain will have undergone chemical changes such that the drug user’s addiction is a very real biophysical disease.

All activities that generate pleasurable sensations will have some interaction with your brain’s dopamine reward system. Positive sensations that you receive when you win a game might overstimulate your dopamine reward system to cause a gambling addiction problem. The pleasure you feel when you acquire a new article of clothing or some other product might lead you to shop more frequently, leading to a compulsive shopping addiction. Frequent sexual activity can also affect dopamine pathways in a similar manner, leading to potentially harmful sex addictions. The science is not yet clear as to whether these behavioral addictions cause the same level of chemical brain changes as drug addiction or alcoholism, but behavioral addiction cases are marked by releases of greater amounts of the dopamine neurotransmitter. Like drug addicts and alcoholics, individuals who suffer from behavioral addictions lose control over specific behaviors and receive decreasing amounts of pleasure from participating in those behaviors.  A person who stops a particular behavior might not experience the same physical withdrawal symptoms as a substance abuser will experience during chemical withdrawal, but they can experience increased sensations of disorientation, irritation, and anxiety as they break away from their habitual behaviors.

Occasional drug or alcohol use, or infrequent activities like gambling and shopping, will cause increased dopamine releases, but normal brain chemistry facilitates correction and absorption of those excessive amounts of dopamine. The line between correction and addiction is tightly-drawn, however, and a person who characterizes himself as “only” an occasional user of drugs or alcohol can readily find himself well down the path to addiction. One of the insidious early dangers of drug addiction is that the drugs will change not only the addict’s brain chemistry, but also his thought processes. He will be addicted, but the drugs or alcohol will highjack his logic and reasoning to convince him that he is not addicted and that he has no problems. Drugs and alcohol therefore push a man back to a time before he was able to harness his rational thought processes.

The chemical changes that are forced upon a drug addict’s or alcoholic’s brain are at least partially reversible, but individuals who are prone to drug or alcohol addiction will always have a heightened risk of addiction and relapse. The staff and counselors at the Lead Recovery Center are happy to answer your questions about your brain’s dopamine reward system and how that system is affected by drugs and alcohol. Please call us at 1-800-380-0012 for more information on how we can assist you to overcome your own addiction problems.