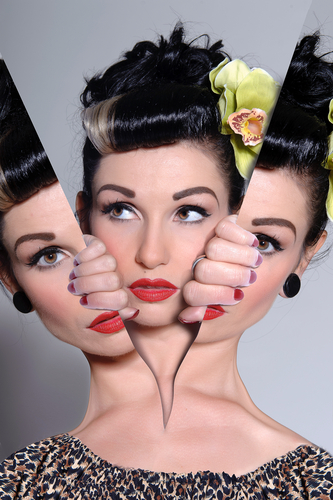 “Here is the fellow who has been puzzling you, especially in his lack of control. He does absurd, incredible, tragic things while drinking. He is a real Dr. Jekyll and Mr. Hyde.” This is a famous description of the alcoholic from Alcoholics Anonymous, “The Big Book” of Alcoholics Anonymous, the world renowned 12 step group. We think we become different people when we drink. Some of us indeed do. Alcohol is proven to lower inhibition, impair judgment, and increase emotional expression. Continuing the description the book elaborates, “His disposition while drinking resembles his normal nature but little. He may be one of the finest fellows in the world. Yet let him drink for a day, and he frequently becomes disgustingly, and even dangerously anti-social.” Interestingly, it is becoming more social which is the common description of people under the influence of alcohol. Only “dark” people who might really have a problem with alcohol fall under the anti-social category. For everyone else, alcohol brings out a “party animal” a “daredevil” or even an unyielding “wild child”. The day after heavy drinking there are often surprises or regrets about one’s behavior the night before. Blaming it on the alcohol, people write off “who” they are when they are drunk and what they do as a result.

According to new research from the University of Missouri, that’s less viable of an excuse than we’d like to believe. Drinkers who quickly consumed four cocktails in fifteen minutes were observed for their behavior. Quoting one of the researchers, the article explains, “There may be a small subset of people who turn into someone completely different when they are drunk, and this may suggest an alcohol problem, but on the whole, most people do not.” It might be more the idea of being drunk and being able to act differently because of being drunk than the actual effect of alcoholic intoxication. “We saw people laughing louder, making jokes, doing funny dances, which they would likely not have done sober,” the researcher emphasizes. “But this does not mean that if people behave badly when very drunk, that they are not responsible.”

Alcoholics who are chemically dependent on alcohol might fall into the category of truly “changing” from Dr. Jekyll to Mr. Hyde and back again when they are intoxicated with alcohol. However, the excuse eventually has to be dropped. In twelve step tradition, there is a call to make amends to those we have harmed. An amends is different from an apology. Our recovery is about more than saying, “I’m sorry for what I did when I was drunk”. Simultaneously, our alcoholism is something beyond our control and a choice we continue to make. Though our cognitive functions were significantly impaired, the choice to drink was at some point our own. Who we are as a person disappears behind a veil of alcohol, but it is still there. Rather than utilize our alcoholism as an excuse, we use it as a catalyst to do right by people. That is why we make amends rather than an apology. Actions speak louder than words. Amends is about taking action to right a wrong. Apologies are are simply justifications. We do more in recovery than justify our drinking and our behaviors during those times. Actively, we make choices to live life differently moving forward- the ultimate amends.

Your life sober can be radically different from your life drinking. Continue to make the change after inpatient treatment at LEAD Recovery Center. We offer multiphase transitional care programs helping clients grow into fully autonomous leaders. For information, call today 800-380-0012.