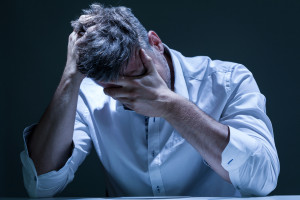 It may feel like it. After all, the objective was not to relapse—right?

Actually, no, not exactly: the objective was—and still is—to recover. Relapse is just a bump in the road, so long as you don’t let it stop you from continuing your journey. If relapse meant failure, then the world wouldn’t be full of recovering addicts who did relapse, again and again, and yet eventually achieved long-term recovery afterward.

As with many types of diseases, the treatment of addiction can be tough to tolerate. Diabetic patients, too, often fail to comply with their treatment—and they too suffer consequences. The thought that “I can have one candy bar” or “I can have one drink” can be tough to shrug away. There is a learning curve. At some point, both diabetic patients and addicts must come to terms with the seriousness of their diseases, and sometimes it takes a relapse to get there.

Old habits drive us toward relapse. Elements in our environment or relationship that we associate with drug-use—play on our reward system and make us want to use again. Recovering addicts tend to have impaired brain function when it comes to impulsivity and decision-making, which leaves them particularly vulnerable to such “triggers.”

Modern brain imaging technology shows that drug use alters the connections between brain regions responsible for reward and those responsible for memory. This is why recovery programs focus so heavily on avoiding certain people, places, and things the from the addict’s dark past.

Eventually, this miswiring will correct itself—if the addict remains sober for about ninety days. Experts refer to this period as the “danger zone.” It is during this period that addicts are at the greatest risk of relapse. You might assume that the closer you get, the easiest it gets—but when it comes to triggers, you’d be wrong. Sensitivity to contextual clues is actually stronger at sixty days than at six. Heroin addicts often relapse after months or even years of sobriety—long after getting their lives back together.

Unsurprisingly, the risk of relapse is higher if the addict has a pre-existing mental disorder like depression or anxiety. Regardless, the ninety milestone is a big one; odds of relapse are significantly decreased once it’s over. Still, recovering addicts should stay wary, as triggers don’t go away once you enter the “safety zone.”
In the event that you need to re-enter rehab, again, don’t feel like a failure. So long as you’re trying, with no end in sight, you are succeeding. If you’re interested in treatment here at LEAD Recovery, we’re happy to take you, no matter how many times you’ve relapsed in the past. Explore our website. Give us call at 800-380-0012.