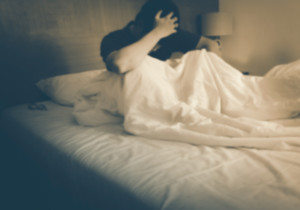 You can overdose on crystal meth in either of two ways. First, you can experience an acute overdose in which you ingest such a large quantity or concentration of methamphetamine that your metabolism is overwhelmed by the drug; and second, you can experience a chronic meth overdose after a long period of regular methamphetamine ingestion and use. The consequences of either overdose pathway are the same, and they are equally dangerous.

Methamphetamines are powerful stimulants that have accepted (albeit limited) medicinal uses. When used as a recreational drug, at least initially crystal meth creates an overwhelming sense of euphoria, which is accompanied by an elevated heart rate and high blood pressure. Like many pleasure-inducing drugs, crystal meth achieves this result by causing a massive release of dopamine in a meth user’s brain. Regular crystal meth usage will rewire a meth user’s brain and central nervous system to accommodate this dopamine rush. Within a short time after starting to use crystal meth regularly, a person will experience none of the euphoria but will succumb to meth addiction, at which point he will crave greater and more frequent quantities of the drug. A crystal meth user is always risking an acute overdose, but the overdose risk is greatest for an addict whose body is demanding an unending supply of the drug.

Crystal meth overdoses typically cause cardiorespiratory problems, potentially fatal convulsions, hypothermia that can cause permanent organ damage, and blood vessel ruptures that can cause brain bleeds and strokes. At the far end of the spectrum, a meth overdose can cause heart attacks and death, it can place a meth user in a coma, permanent dental and skin problems, organ failure, and psychosocial problems. Individuals who are prone to depression or anxiety disorders are at a greater risk of a meth overdose if they try to allay the symptoms of their disorders with high or frequent doses of crystal meth.

When smoked or injected, crystal meth has an almost immediate effect on a meth user. The duration of that effect depends on several factors. The amount or frequency of crystal meth dosage that can cause an overdose is a function of many factors, including the meth user’s body weight and sex. Similarly, the odds of surviving an overdose with limited or no permanent damage will depend upon analogous factors. Crystal meth is often adulterated with other drugs and poisonous chemicals. Overdose risks increase when those drugs interact with meth, or when the poisonous chemicals have other adverse effects on the meth user’s metabolism and organs. Because of the variability in concentrations and the different adulterants that are found in crystal meth from different sources, a crystal meth user is never safe in assuming that his tolerance to meth or his general body composition or chemistry is protecting him from an overdose. Individuals who have used and have been addicted to meth for long periods of time are routinely found to have suffered near-fatal or final overdoses of crystal meth.

Breaking a crystal meth addiction can be extremely difficult, and few people are able to overcome their meth addiction without assistance from drug addiction counselors and therapists. The initial physical stages of meth withdrawal can be severe. Meth withdrawal should be managed and monitored by a physician to safeguard the health and safety of the addict and to offset the worst of the withdrawal symptoms, including seizures and episodes of paranoia. The stresses of meth withdrawal and the meth addict’s ensuing rehab and recovery are always a safer alternative to the continued risks of crystal meth overdose.
If you are using crystal meth in any quantities, you are exposing yourself to a crystal meth overdose. Please contact the staff and counselors at the Lead Recovery Center at 1-800-380-0012 for more information about how you are risking your life and your health every time you use crystal meth, and for assistance with overcoming your problems with crystal meth.