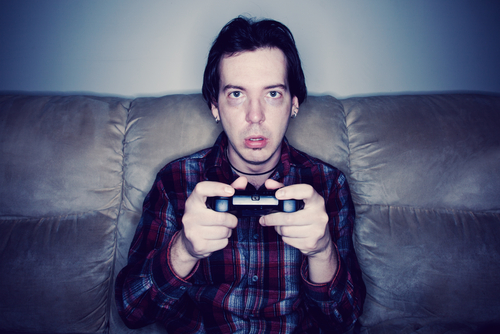 The Diagnostic and Statistical Manual of Mental Disorders is considered the ultimate authority on what is a legitimate and illegitimate diagnosis for mental illness. In recent years, after tumultuous debate, marijuana use disorder was added under the section “substance use disorders” which is an alternative term for “addiction”. For years, marijuana was considered non-addictive. Other mental disorders like sex addiction, internet addiction, and gambling addiction have been broadly categorized under a category titled “non-substance addictive behaviors”. Consistently, dueling research studies come out one at a time arguing for the validity or illegitimacy of such addictions. Sex addiction has recently come under scrutiny. Now, there is a fight for validating the legitimacy of video game addiction.

2016 saw the rise of treatment centers specifically catering to those who felt their lives had been taken over by a compulsive need to “connect” to the internet. Online gambling addiction, gaming addiction, phone addiction, social media addiction, and internet addiction became popular focuses for treatment centers. Interviews with alumni patients revealed similar sentiments to those suffered by addicts and alcoholics. These individuals had simply forgotten that life was possible without being connected to wifi and engaged in some sort of digital activity. Therapeutic methods like cognitive behavioral therapy, art therapy, and holistic healing modalities help equip such patients with the same coping skills they need as addicts in recovery. One author and researcher suggested that young children can become addicted to their screens like heroin and suffer severe psychological withdrawal symptoms when their technological devices are taken away.

According to Heat Street, the World Health Organization has declared “Gaming Disorder” to be seriously considered for its widely respected International Classification Of Diseases. The article cites “gaming disorder” as being defined as “persistent or recurrent gaming behavior characterized by an impaired control over gaming.”

“If ‘Gaming Disorder’ is included in the ICD,” the article warns, “it could lead to restrictions on marketing and advertising for video games, and would also require large labels on video games warning them of their health risks, like those seen on tobacco products.” Appropriating the same treatment of substance addiction to non-substance addiction is always controversial. Though a gaming disorder could lead to life-threatening illnesses and severely impair one’s quality of life, it is unlikely to ever be as fatal as the intravenous use of heroin or drinking alcoholically. However, those who live with gaming disorder and other non-substance addictive behaviors understand the impact their behaviors have on their lives. Recovery from these disorders is possible.

LEAD Recovery Center understands that these areas of life can get out of control. That is why we provide treatment for gambling, internet, and gaming addictions. For information on our treatment programs, call 800-380-0012.