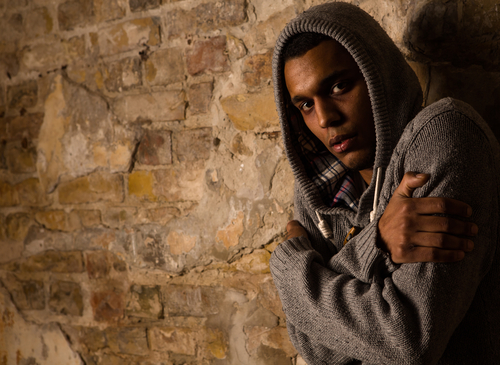 You don’t have to look long or hard to find photo evidence of the physical effects of chronic meth abuse. After several years of meth abuse, an addict’s skin will be scarred and sallow. He may have lost several teeth and his remaining teeth will be discolored and cracked. He will be thin from malnutrition. Sometimes these images are bad enough to drive meth abusers into treatment. At other times, they may steel a meth abuser’s resolve to hide his or her addiction. Some meth abusers have reported an almost perverse joy in hiding their addiction (or at least convincing themselves that they are hiding their addiction) from their friends and families.

The caustic chemicals that are used to make crystal meth can begin their harmful effects very quickly, but you can best help a meth abuser by recognizing the early signs of abuse, before the physical decay becomes apparent. Focus first on the person’s behavior. Early stages of meth abuse reveal themselves with nervousness and excessive talking, an inability to remain calm, and repetitive or compulsive actions. A meth abuser may remain awake for several days, followed by extended periods of sleep. He or she will be excessively paranoid and exhibit extremes of sexual behavior and aggressiveness. In general, extremes in behavior characterize the early stages of

As the meth abuser sinks deeper into his addictions, He might exhibit you may bouts of delusions or hallucinations. He will appear even more jittery and paranoid. His moods will swing rapidly and he may get aggressive or violent, followed immediately by more calm behavior. The physical signs might begin to be apparent at this phase as he begins to pick at his skin and face.

When these outward signs do not manifest themselves in the character or appearance of a meth abuser, you might see indirect evidence of his problem. Meth can be ingested by snorting, smoking or injection. You might begin to find paraphernalia for meth ingestion in your trash, including straws or plastic tubes that are used to inhale powdered meth and syringes used to inject it. Meth abusers can be adept at lying or developing cover stories to explain how these implements found their way into your trash. If you are already on high alert to a meth problem, you should not take these stories at their face value. If you do, you are only enabling the meth abuser’s destructive conduct and you are endangering yourself. A meth abuser can become physically violent, posing a threat to your physical safety. Moreover, if you are living with a meth abuser, the caustic chemicals that are in his drug supply can seep into walls and surfaces in your living space, creating a dangerous environment for you.

Trust your instinct if you suspect meth abuse in someone close to you and confront that person as soon as you see signs of abuse. If you live with a meth abuser and see him or her every day, you may not see the physical changes that take place over a period of time. Gather and record information and develop a plan to help the meth abuser. Don’t try to treat his or her problem by yourself. If you try to force someone to withdraw from meth without the help of an addiction professional who can manage withdrawal symptoms, you can endanger the meth abuser and yourself. Violent seizures and psychotic episodes are not uncommon in meth abusers who are going through withdrawal. Understand your limitations in treating someone who has become addicted to crystal meth. You should not try to do it alone.
The staff and counselors at LEAD treatment are available to help you and anyone else who is dealing with problems associated with crystal meth addiction.  If you are worried that someone close to you is using meth, we can answer your questions and concerns and help you determine if your suspicions are valid. Please call them at 800-380-0012 for more information and assistance.