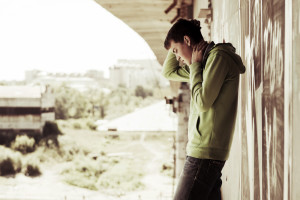 THC is the chemical responsible for most of marijuana’s psychological effects, and works by stimulating the brain to release dopamine, which creates euphoria. We know its effects wear off after 3-4 hours, but how long does THC stay in our systems? We’ll look into potential marijuana addiction and how it affects the body ahead.

In addition to creating a euphoric feeling, THC can interfere with how information is processed in the hippocampus, the part of the brain responsible for forming new memories. It is known to have the following effects:

THC can be found in hash, hashish oil, marijuana buds, flowers, and leaves, as well as Dronabinol—which is synthetic THC. While marijuana is generally smoked, it can also be ingested through edibles. When smoked, THC is quickly absorbed into the bloodstream, peak concentration being between 2 to 10 minutes. When eaten, THC levels peak between 1-6 hours.

Users who use marijuana at least once per week will have an increased level of THC in their bodies because the chemical is never fully removed from their system. When testing for marijuana in one’s system, it will be much more detectable in those who use marijuana on a more regular basis such as 3-5 times per week.

The half life of THC is long, because it is stored in the body’s fat cells. A half life refers to how long it takes for measured amounts of a drug to decrease in the bloodstream or urine by half. The blood plasma and urinary half-life of THC are best estimated at around 3-4 days following ingestion, however, depending on the frequency of use and quantity of THC, it could last longer—up to 10-12 days.

Tolerance to marijuana can develop after regular use for an extended period of time (regular use is considered 3-5 times per week). Addiction can develop as well, which is characterized by withdrawal symptoms and cravings when use is abruptly stopped. This means addiction can be both physiological and psychological. When suffering from a marijuana addiction, help is available—but only if the user is ready to quit.

To test for marijuana in blood, saliva, and urine, the following methods can be used:

Urinalysis to detect THC in someone is the most popular method because it is incredibly precise. This test measures THC in one billionth of a gram, which uncovers its presence several weeks or even months after the initial ingestion.
For further help with marijuana addiction, contact LEAD Recovery today at 800-380-0012.