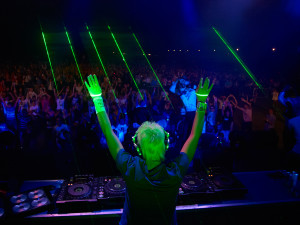 Club drugs like ecstasy, GHB, Ketamine, Rohypnol, LSD, and methamphetamine can be very dangerous. Some people may not even realize that they have been or are being affected by the drugs until the symptoms wear off. Sometimes drugs like BZP, TFMPP, PMA/PMMA, mephedrone, bk-MDMA, or MDPV are falsely sold as ecstasy or other drugs, and they can cause serious reactions or death. Being able to identify and understand club drugs is essential to managing the world of parties and night clubs.

Ecstasy is a very popular empathogen, or a drug that creates an artificial feeling of empathy. In other words, ecstasy causes people to feel a deep connection to complete strangers. It is usually distributed in a small, colored pill with an image on the top. The effects include excessive dancing, distorted reality, artificial empathy or warmth, euphoria, increased temperature or blood pressure, dehydration, no appetite, no fatigue, jaw grinding, chills, or muscle cramps. These effects usually last between 3 to 6 hours and can make you extremely overactive and dehydrated. If you combine this drug with alcohol, caffeine, or take it in excessive amounts, you may cause your temperature to rise to about 109 degrees F. At this temperature, organ failure, death, seizures, and fainting are common.

GHB is a gamma-hyroxybutyric, which is a depressant to the central nervous system. The effects last about 4 hours, slowing heart rate and breathing to a dangerous level, especially when combined with alcohol. Some people use it as a way to reduce body fat or to initiate date rape, as the drug causes intense relaxation and has no color or smell. The effects are euphoria, sedation, confusion, dizziness, hallucinations, lack of logic, amnesia, dilated pupils, and involuntary eye movements.

Ketamine is used as a veterinary anesthetic, originally intended for human use. It was discontinued because it caused delirium, hallucinations, and confusion in those it was used on. It is a dissociative drug which causes the user to lose touch with their thoughts or identity, creating a feeling of disconnect from the body. The effects of ketamine are distorted sight and sound, detachment, illusions, confusion, slurred speech, sedation, and numbness. These effects usually last about an hour or less, but the person’s judgement and perception can be altered for a much longer time period.

Rohypnol is a type of benzdiazone, similar to Xanax or Valium, but containing about ten times the strength. It takes effect quickly, lasts from 6-12 hours, and can be detected up to 72 hours after. It is usually used for date rape, but the manufacturer is creating a new pill that alerts the victim that their drink has been altered. It causes amnesia, sleepiness, low blood pressure, dizziness, confusion, stomach aches, inability to fight off attackers, headaches, nightmares, muscle relaxation, and tremors.

LSD causes incredible distortion of light, space, sound, and time. It creates dilated pupils, increased body temperature, heart rate increase, dry mouth, shakiness, numbness, weakness, nausea, panic, tremor, despair, and extreme hallucinations. People that use LSD can experience a flashback of the drug months or years after last use, an experience where they experience the same effects for no known reason.

Methamphetamine is a strong stimulant that causes a rush of euphoria then an extended smaller feeling of euphoria. The effects include deterioration of appearance, irregular heartbeat, unpredictable moods, aggression, paranoia, confusion, insomnia, damage to teeth, and sores on the skin.

If you are addicted to a drug, call (800) 380-0012 for help fighting your addiction. Recovery can be a long, difficult process that no one deserves to go through alone. If you are fighting addiction, the Lead Recovery Center can help. The trained professionals can guide you through the process of withdrawal and help you develop skills necessary for later in your life.