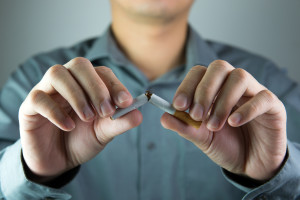 Is ecstasy safe—or can it lead to an overdose? What about an accidental death due to overdose? Mixing ecstasy and alcohol is popular, and often used recreationally. We’ll look into what is is, how it affects the body and brain, and dangers associated with the drug.

Ecstasy, or MDMA is an illegal drug that acts as both a stimulant and psychedelic, producing an energizing effect, as well as distortions in time and perception and enhanced enjoyment from tactile experiences. It is sometimes produced in tablet form and taken orally, but it can also be dissolved and injected, crushed, taken rectally, or snorted. Originally, the drug was developed as an appetite suppressant and later used as a possible supplement to psychotherapy.

MDMA affects the brain by changing neurotransmitter activity, which enables nerve cells in the brain to communicate with one another. It also releases norepinephrine, a neurotransmitter responsible for heart rate and blood pressure, which is why these increase when using ecstasy. Beyond the short term effects, MDMA causes long term negative effects on the brain.

When snorted, ecstasy rapidly enters the bloodstream and can cause dangerous side effects, including:

Snorting the drug rather than taking it orally increases the onset and strength of its effects, so some people prefer this method. Effects show up within minutes, whereas oral administration could take around 20 minutes to begin working. Snorting ecstasy can cause immediate pain in the nasal area, as well as coughing. Post-nasal drip will cause an awful taste in the user’s mouth, too, which is present when taken in any fashion. Despite the negative consequences, many continue to use by taking a second dose of the drug as its effects wear off.

Because one never truly knows what’s in the drug they’re taking, snorting it can never be safe. Researchers have determined many ecstasy tablets contain a number of other drugs or combinations that can be harmful as well. Drugs that can be included are caffeine, methamphetamine, ephedrine, and cocaine. It’s difficult to determine exactly how much a “safe” dose of ecstasy is when snorted, so the chance of overdose is higher. Ecstasy overdose includes faintness, high blood pressure, loss of consciousness, panic attack, and/or seizures.
For help with further information about snorting ecstasy, or drug abuse in general, contact LEAD Recovery. Call today at 800-380-0012.