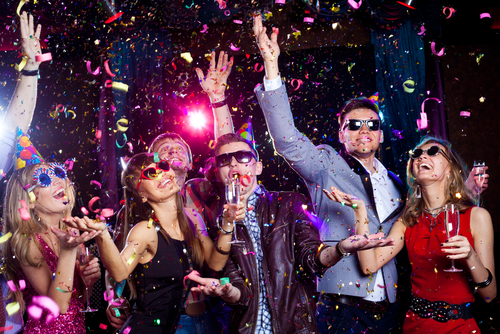 MDMA made its appearance in the 1980’s and quickly raised eyebrows both as a concern and a fascinating alternative for depression treatment. In recent years, MDMA first fell off the radar then made headlines again. As the electronic music movement grew and exploded into summer long music festivals, reports of death and overdose on MDMA surfaced from almost every single one.

By its technical name, MDMA is 3,4-methylenedioxy-methamphetamine. Commonly, MDMA is also referred to as Molly, Ecstasy, E, X, or just the party drug. MDMA is an amphetamine, a stimulant, and a psychoactive. Serotonin, dopamine, norepinephrine and other essential neurotransmitters are altered by MDMA. Getting the drug in pure form is rare. Dangerously, MDMA is often cut with cocaine, heroin, and synthetic substances.

Why Is MDMA Appealing?

The way MDMA stimulates serotonin and dopamine production in the brain causes a list of side effects which are considered pleasurable. So pleasurable in fact, that the FDA has approved research on the use of prescription MDMA to treat depression. Feelings of euphoria, love, utopia, interconnectedness and understanding are common. In addition, people report feeling alive within their own bodies- their sensory experiences significantly enhanced. MDMA is used as a club or party drug because of the way it increases the experience of music and being in a crowd of people.

How Is MDMA Addictive?

Abuse of other substances usually creates a surplus in the production of dopamine, which is a major player in the neuroscience model of addiction. MDMA greatly affects the production of serotonin, which is a key player in emotional regulation. When chemical dependency begins to occur due to the regular use of MDMA, the brain can become dependent upon the presence of MDMA for both pleasure and emotional regulation. If someone develops a tolerance to MDMA and needs to take more of the drug to achieve a similar or greater high than their last dose, the brain is exposed to higher amounts of the drug. Eventually, the brain becomes depleted in its autonomous ability to produce serotonin and dopamine.

Side Effects Of MDMA Addiction

After residential inpatient treatment and detox for MDMA addiction, LEAD Recovery Center offers the perfect extended care program. Focused on leadership, development, and experiential learning, we give our clients the tools they need to build a successful and enjoyable life which can be lived autonomously. For more information, call us today at 800-380-0012.