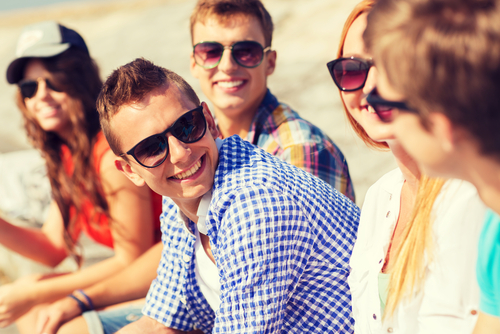 Statistics show that more than 50% of American youths in the age range of 12 to 20 have experimented with alcohol. It isn’t restricted to boys either, as girls are just as likely to try alcohol.

Underage and binge drinking is risky behavior and can result in violent behavior, car accidents and alcohol poisoning. Drinking in youths also significantly increases the risk of them developing alcohol problems at a later age.

How Early Does Alcohol Use Begin?

Alarmingly, the average age for an American boy to have his first drink is 11 and 13 for a girl. This is a widespread problem in the United States. Drinking among young people is linked to violent crime as well as depression and anxiety. When young people indulge in alcohol drinking before the age of 21, they are more likely to:

The highest instances of problem drinking happen between the ages of 18 and 25, when the young people are leaving home, going to college and generally going through a time of considerable change. Nearly 42% of young adults aged 18 to 25 have admitted to binge drinking at least once a month.

College is often thought of as the culprit when it comes to underage drinking, in the sense that it is where young adults drink to excess. According to studies however, heavy drinking is widespread among all young adults, even those who do don’t attend college.

So, what are the dangers of teen and underage drinking?

Binge drinking is defined as five or more drinks in one session for men, and four or more for women, and can cause young adults to pass out, black out, feel sick and behave in an uncharacteristic manner, such as missing school, driving drunk, and getting into arguments.

Binge drinking is a common problem. Because binge drinking usually only occurs on occasions and celebrations, not everyone considers it a problem. However, it comes with it’s own dangers, especially alcohol poisoning. Alcohol poisoning is a severe and possibly fatal reaction to an alcohol overdose. It is common for an individual drinking excessively to vomit since alcohol is an irritant to the stomach. That leads to the danger of choking on vomit, which could cause death by asphyxiation in the individual who is probably passed out due to intoxication.

While many young people will independently cut down on their drinking or stop drinking altogether as they reach their mid-20s and assume the responsibilities of life, the risks of early age drinking remain. Individuals who have their first drink at age 14 or younger are six times more likely to develop alcohol problems than those who don’t try alcohol until the legal drinking age.

Lead Recovery is a center for young adults who are transitioning from a variety of environments to living a healthy lifestyle. Contact us to learn more about how we can help you get started on your journey to recovery.