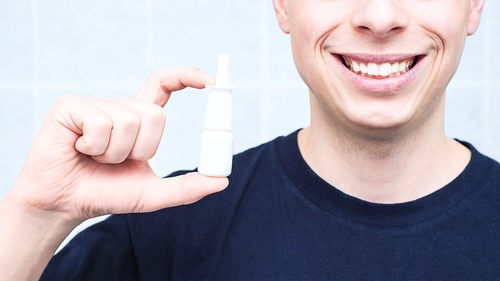 Scientists have been hard at work trying to understand exactly how eating disorders work in the brain. Older research has found that eating disorders like bulimia nervosa impact the brain in multiple ways, working with the reward system, regulating mood and emotion, as well as living in the area of where the brain creates habits.

Medications being prescribed for eating disorders has been controversial. When scientists discovered that serotonin production was affected by bulimic behaviors, prescribing Prozac, a well known SSRI became a standardized treatment. According to MedCity News, the pharmaceutical company Opiant, who famously introduced the world to Naloxone, the opioid overdose reversal nasal spray.

Animals with excessive eating problems have been used in studying the effect of opioid blocker medications like naloxone in limiting their patterns. Bulimia creates a “dysregulation” of the way dopamine and opioid receptors function in the brain. Eating disorders are often compared to addictions because of the way that people create an association of reward with their patterns of behavior. Opiant’s CEO writes, “The reward from binging on foods arises from the ingestion of food high in sugar, fat or salt, that activates the opioid system in the brain through the release of the body’s own endorphins when these foods are eaten.” By activating the opioid system in the brain with food, dopamine is also produced and released, perpetuating the reward cycle.

The use of naloxone or other opioid blocking drugs could help to shut down the reward pathway created by the cycles of binge eating and purging, “…suppressing the urge to overeat and thus, the self-perceived need for subsequent purging.”

What Is Bulimia Nervosa?

Bulimia is an eating disorder which creates a toxic relationship between binge eating episodes and efforts to purge the body of the food it consumed during the bingeing episode. Purging can include self-induced vomiting, abuse of laxatives, excessive exercise, or compulsive restricting. Both men and women are affected by bulimia nervosa. Eating disorders like bulimia nervosa are commonly co-occurring with other mental health disorders as well as substance use disorders.

Long term treatment is proven to have the greatest effect on recovery from eating disorders. LEAD Recovery Center offers extended care treatment programs through a multiphase transitional platform to help ensure lifelong recovery from bulimia. For more information, call us today at 1-800-380-0012.