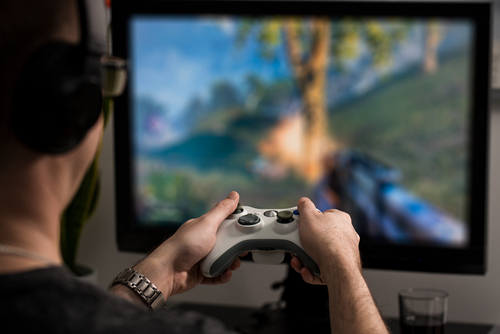 Users of internet games produced by Chinese gaming monolith Tencent will face new restrictions this month. There has been widespread criticism of how addicting the fantasy-based games Tencent produces are for young children, causing them to play in school, after hours, and spend too much time immersed in the game. Though Tencent has put in multiple restrictions to limit multi-accounts or bending their regulations, they have still had a problem with gaming addiction. The fast paced, tech-based culture of mainstream China and other countries in Asia have seen an increase in internet and gaming addiction, sometimes taken to unfortunate extremes. The HBO documentary Love Child explored the story of a couple who neglected their infant daughter due to their internet addiction. She died of malnutrition. Governments are starting to take gaming and internet addiction seriously, which is why Tencent is imposing the regulations. For players between the ages of 18 and 12, there will be a two hour total daily limit for playing the game. Any players under the age of 12, however, will have just one hour of playing per day and be unable to access the game after 9pm.

In America, internet and gaming addiction have also become a growing problem. Videos surface the internet of parents canceling the internet, canceling online gaming subscriptions, or taking away beloved gaming consoles. The reactions from the addicted gamers are less than calm. Temper tantrums, panic attacks, rage, and violence are common. Personal stories from recovering internet and gaming addicts who are in treatment depict lonely lives spent immersed in virtual realities, spending hours on end in neglect of health, family, & relationships. For individuals who seek treatment, using the internet and gaming is a dangerous challenge. Most treatment programs enforce a six month period of abstinence without any connection, then slowly reintroducing internet privileges since so much of the world runs on email and online accounts. Gaming, however, is like their drug of choice. Alcoholics, for example, cannot return to any kind of regimented drinking- their tried and failed attempts prove that any kind of drinking isn’t possible. Many gaming addicts find this to be true as well. There simply isn’t a way to normally play their favorite online games. Through treatment and recovery they learn to fill the place of online games with other activities which create new meaning and purpose in their lives.

Gaming addiction is not a joke. We understand the real effects gaming addiction can have on your life and the challenge of learning to live differently. LEAD Recovery Center offers transitional care programs for those in recovery from gaming addiction which offer experiential nature and adventure therapy, getting clients outside into life while learning how to live a healthy lifestyle of leadership. Call us today for information: 800-380-0012