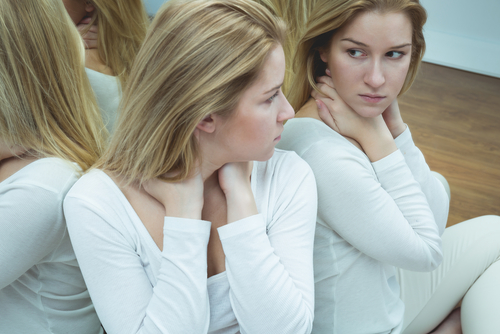 Bipolar disorder is a mental health disorder characterized by shifting episodes of mania and depression. Frequently, bipolar is co-occurring with alcoholism and drug addiction, in addition to other harmful compulsive behaviors.

Depression in bipolar compared to generalized depression disorders have most things in common. While people with clinical depression experience stages of relief without depressive symptoms, they don’t experience complementary phases of mania like those with bipolar. Having felt good for a while, slipping back into a depressive phase can be unsettling, frustrating, and saddening for someone with depression. Making the quick transition from mania to depression and back again feels like a chronic roller coaster ride that someone with bipolar disorder cannot get off of. In bipolar depression, there might be experiences of:

Depression can find relief. Behind the clouds, there is always a blue sky with a shining sun. On occasion, the clouds depart making way for the sunshine. Bipolar mania brings to mind the Greek mythological story of Icarus. Icarus built wings of wax and feathers. Hyper on his ability to fly he flew closer and closer to the sun. Unable to see the potential danger of this, he flew to close, and the heat melted his wings. Mania is a phase of hyper everything. Hyperfocus, hyperthinking, hypersexuality, and more. After periods of depression, mania is emphasized by feelings of invincibility and indestruction. Manic episodes can result in problematic decision making which leads to long term consequences. Unaware or negligent of the effects of their decision making during mania, depression in bipolar is often worsened by having to deal with the reality of wreckage caused through a manic episode.

A therapist learns the various indications from their client that a manic or depressive shift is about to take place. Learning the peculiarities of their client, a therapist can help with preparation for an upcoming mood shift, or give tools for managing a shift which has already occurred. Acting as an anchor to reality, ongoing therapy during mania and depression in bipolar is important. Unfortunately, the high levels of false confidence in bipolar mania often leads to quitting therapy or skipping appointments on account of feeling so good. Lacking in accountability and structure, the depressive episode could be worsened. Therapy helps someone with bipolar maintain a foundation of normalcy during each cycle of mania and depression.

LEAD Recovery Center welcomes clients with bipolar disorder and any co-occurring substance use or mental health conditions to our residential transitional living programs. Our goal is to help each client become fully autonomous in their lives and their recovery. Call us today for more information, at 800-380-0012.