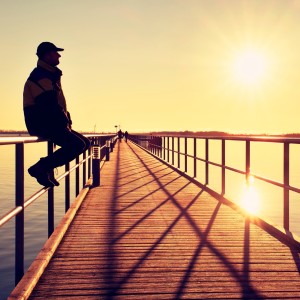 History is replete with examples of men who have proven the aphorism that “the cover-up is worse than the crime.” It may be out of vogue in popular culture to discuss how a person can achieve or improve a level of  “manliness”, but admitting and taking ownership of mistakes is a hallmark of maturity and moving forward for both men and women. A man who is concerned with projecting a greater sense of his manliness will take note of the importance of admitting his mistakes and taking steps to rectify those mistakes to the fullest extent possible.

There is little question over the value of admitting mistakes. If, instead of admitting a mistake, you attempt to justify your actions, you are distorting your own reality and creating an artificial world that will be increasingly difficult to sustain. When you admit your mistakes, you will make better decisions the next time you are faced with a similar situation that led to the mistake. You will also prevent the initial mistake from compounding itself into a much bigger problem that inevitably will be far more difficult to handle.

If at all possible, you should make every effort to learn from your mistakes. Statesmen and business leaders around the world have often remarked that errors and mistakes are the best teachers. If you do not learn from your own mistakes, you are losing a valuable opportunity.

When you do own up to a mistake, you will earn the respect of your family and friends, who will appreciate your willingness to take responsibility for your own actions. In the process of admitting a mistake, you will also find that your relationships with your family and friends grow stronger and more secure. People will rationalize their mistakes either on the basis of the situation that led to the mistake, or on some character flaw in the person who made the mistake. We rarely, if ever, ascribe character flaws to ourselves, but we are quick to judge another person’s character, particularly if that person has made a mistake that has affected us. When you take ownership of your own mistake, you are removing another person’s ability to label you as having character flaws. That person will see you as someone whose self-confidence and character are strong enough to admit something and then to move on. If you erect an elaborate justification to explain the mistake, you expose your own character to judgment from your peers.

When you realize and acknowledge that you have made a mistake, your best course of action is to own it, to apologize to people who are affected by it, to search for and implement improvements to remedy the mistake, to refrain from beating yourself up over having made the mistake, and to learn from it before you finally put it behind you. If you are able to do this, you will inevitably find that the mistake and its effects are quickly forgotten.

Admitting your mistakes is an important component of addiction recovery. It is also probably one of the more difficult aspects of reclaiming your sobriety. We naturally recoil from admitting mistakes that we perceive to be the result of a character weakness. Alcoholism and drug addiction are not catalyzed by character weakness, however, and you should not be dissuaded from pursuing rehab and recovery therapy due to a misplaced reluctance to admit your own responsibility for your actions. You can establish your manliness when you admit your own involvement in your drug or alcohol addiction in the same manner and respect as you would admit mistakes in a business or personal setting.

The staff and counselors at the Lead Recovery Center have extensive experience with assisting recovering drug addicts and alcoholics to reclaim their manliness and personhood through acknowledgement and admission of mistakes. Please call us at 1-800-380-0012 for more information on how we can help you to regain your footing in a world that does not always make it easy for a man to admit his mistakes.